A downloadable game for Windows, macOS, and Linux

A dating sim rhythm game where you seduce serial killers!

Indulge in a mysterious adventure filled with risk, challenge, and romance. Put your rhythm skills to the test as you try to win over the hearts of six serial killers - if you can survive them.

After waking in an unfamiliar house, in a dream-like reality, you find yourself among a group of strangers, all as confused as you are. One of them assures you that this is not a dream, but lacks answers themselves. Discover the truth while coming to know the strangers you’re stuck with. Whether they like it or not, they need your help to figure out what’s going on, just as much as you need theirs.

The demo contains the first chapter of the game, in which you are introduced to the cast, as well as the overarching plot and gameplay.

There are currently 2 tracks and CGs available in the demo.

Is anyone else having issues with the game sinking up with their keyboard and headphones? Maybe the game should have a sinking tester and a sound delay option for people with wireless headphone. :}

I've had a few people mention issues with audio sync, so there's planned to be an option for offsetting the music :)

Hopefully that should help!

I'm really excited for the full release, all the music in the game so far is something that I enjoy listening to.

I love this game! I understand it's a demo so here's what I thought would be helpful to some players. Maybe try adding options such as down scroll, middle scroll, and up scroll. Some players may prefer the notes in a certain direction but overall epic game and I can't wait for the full release!!

I've only really been exposed to FNF, so I wouldn't say I'm a rhythm gamer, but I can say I like DDLC and this game is DDLC mixed with a little FNF. && I loved it! You can get some good content out of this if you choose Andria ;). Here's my gameplay. Been reading around this game hasn't had any further development. Hopefully that changes! Here's my gameplay.

I'll definitely buy it when full version comes out, going to simp for Andria for sure ( ͡° ͜ʖ ͡°)

The full version is estimated to cost roughly $10 CAD!

Glad to hear the project is still going strong. I saw the last update was in September of 2021 and got scared

Haha yep! Its been a long journey since then but it's still going strong!!

The demo probably hasn't been updated since you last played. Rather than updating the demo, I'm planning on having all the new content revealed in the full release - I may even take down the demo at that point, because it would be quite different from the final product.

In other words, a lot of progress has been made, but most of it's private at the moment :)

Okay! I will be sure to buy the game on the full release because the demo is very fun. Thanks for making great games!

Amazing so far fun demo definitely looking forward to the full game. Question are there any plans for game pad support in the future?.

Thank you! Game pad support isn't guaranteed at the moment, but it is definitely something that I would like to add :)

hi!! love the game, the demo was so fun aswell as the ocs, and the art is amazing! sorry if this has already been answered somewhere, but is there a specified date for the full game release??

Thank you so much!! The release date isn't specified yet, but it's hoped to released later this year! The game is currently solo dev'd, so it can be hard to predict ;_;

Hi just have a question about the release of this game, will it be on steam when it comes out?

Yep, the game will be available on Steam!

This game is hardd :C

Good demo, the charting is pretty good and the music is well made. Only one question though, on the kickstarter it says there will be a nsfw patch, will it only be available for people who backed the kickstarter?
Oh and I found the dialogue fun.

Thank you, I'm glad you enjoyed it! The nsfw patch is not kickstarter exclusive and will be released alongside the game :)

i just beat adrian and edwina lol , i did edwina first ,i think thats why i was in pain and suffering , i beat edwina on my 50th try but i beat adrian on my first try lol XD

So, I just got done playing the demo for both of the girls and.. OH MY GOD! That was amazing. Seriously. You should be proud. The only thing I'd recommend is maybe making the 'seduce' game shorter, I kept thinking it was going to end but it kept going on and sort of broke the immersion. Besides that though, I had such a great time playing this despite the semi-shortness of the demo. I cannot wait for the full thing to come out and will probably keep coming back to this page every so often in hopes for updates. (also Ben is endgame) Love this project so much!!! Hope you choose to finish it till the very end :)

The music isn't available for download yet, but the soundtrack will be released alongside the full game! For now you can find the tracks on YouTube :)

I'm on mac right now, and the game is great so far, but in the night with Edwina, it keeps missing no matter what I do. My difficulty setting is easy, though, that might be it? help

(Btw if this does have charts is it possible to convert them or something to Clone Hero?)

The game takes inspiration from Guitar Hero with its 5-key rhythm minigame! Unfortunately the charts aren't compatible with Clone Hero, though.

Loved this GAME!!! I mean, I've never been great at guitar hero and the like but wanted to play sooooo much more of this game.

great idea to make them based off of serial killers as well to add something to the character backgrounds and personalities within hours of text to explain.

And here is the second part of my video :) Got two endings and even tried to play on a keyboard while playing, that is very hard (in case you were wondering if it's possible :D )

I saw that you mentioned that the full game will cost money. Is there a set price or is it still being decided?

The price isn't set, but is planned to be around $10 USD!

This was really fun, can't wait to play the full game!

I there, very unique idea to combine the serial (killer), basically dating sim and guitar hero I LOVE IT! ♥

Yep! It can be suggestive at times, but nothing explicit.

wonderful game, love the 5 lanes instead of 4 or 6 its unique and fu

i love this so much i cant wait till the full game is out!

Oh. Wow I looked up their names and saw the IRL serial killers they're attached to. That's.. Actually kinda sickening. I know you're changing it, but sheesh.

Also hopefully there's an option to change the gameplay to four notes instead of 5, 5 is REALLY clunky to play

this is so amazing i can't wait for the full game

I think you should have the option to choose between 4 and 6 lanes, 5 is a really weird number to have. other than that the game seems great so far a little difficut, even on easy, but I also think that it's cause of the lanes 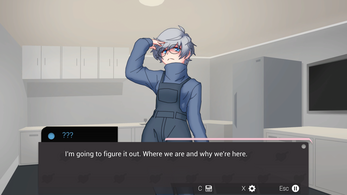 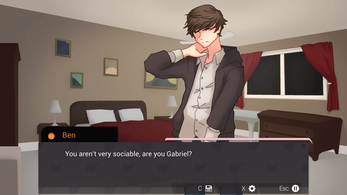 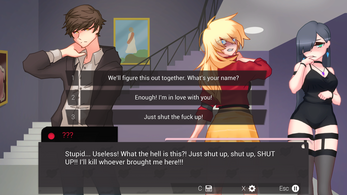 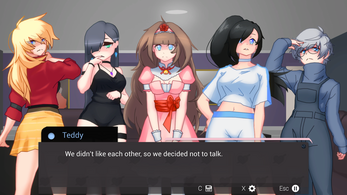 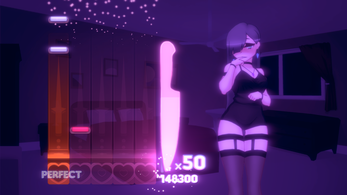